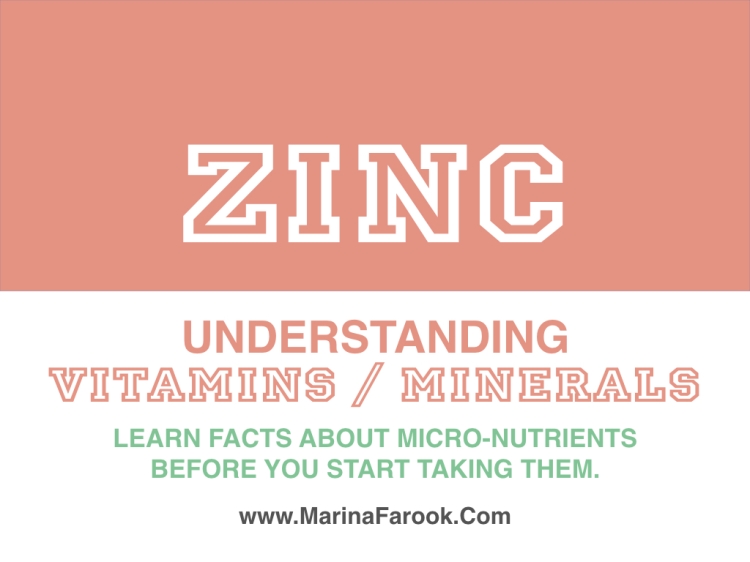 Zinc is an essential trace element for all forms of life. The significance of zinc in human nutrition and public health was recognized relatively recently. Clinical zinc deficiency in humans was first described in 1961, when the consumption of diets with low zinc bioavailability due to high phytic acid content was associated with “adolescent nutritional dwarfism” in the Middle East . Since then, zinc insufficiency has been recognized by a number of experts as an important public health issue, especially in developing countries (2).

Numerous aspects of cellular metabolism are zinc-dependent. Zinc plays important roles in growth and development, the immune response, neurological function, and reproduction. On the cellular level, the function of zinc can be divided into three categories: (1) catalytic, (2) structural, and (3) regulatory (3).

Over 300 different enzymes depend on zinc for their ability to catalyze vital chemical reactions. Zinc-dependent enzymes can be found in all known classes of enzymes (4).

Zinc plays an important role in the structure of proteins and cell membranes. A finger-like structure, known as a zinc finger motif, stabilizes the structure of a number of proteins. For example, copper provides the catalytic activity for the antioxidant enzyme copper-zinc superoxide dismutase (CuZnSOD), while zinc plays a critical structural role (5, 6). The structure and function of cell membranes are also affected by zinc. Loss of zinc from biological membranes increases their susceptibility to oxidative damage and impairs their function (7).

Zinc finger proteins have been found to regulate gene expression by acting as transcription factors (binding to DNAand influencing the transcription of specific genes). Zinc also plays a role in cell signaling and has been found to influence hormone release and nerve impulse transmission. Zinc has been found to play a role in apoptosis (gene-directed cell death), a critical cellular regulatory process with implications for growth and development, as well as a number of chronic diseases (8).

Taking large quantities of zinc (50 mg/day or more) over a period of weeks can interfere with copper bioavailability. High intake of zinc induces the intestinal synthesis of a copper-binding protein called metallothionein. Metallothionein traps copper within intestinal cells and prevents its systemic absorption (see the separate article on Copper). More typical intakes of zinc do not affect copper absorption (6), and high copper intake is unlikely to affect zinc absorption unless zinc intakes are already very low (103).

High levels of dietary calcium impair zinc absorption in animals, but it is uncertain whether this occurs in humans. One study showed that increasing the calcium intake of postmenopausal women by 890 mg/day in the form of milk or calcium phosphate (total calcium intake, 1,360 mg/day) reduced zinc absorption and zinc balance in postmenopausal women (12), However, another study found that increasing the calcium intake of adolescent girls by 1,000 mg/day in the form of calcium citrate malate (total calcium intake, 1,667 mg/day) did not affect zinc absorption or balance (13). Calcium in combination with phytic acid or phytate might affect zinc absorption, which would be particularly relevant to individuals who very frequently consume tortillas made with lime (i.e., calcium oxide). A study in 10 healthy women (age range, 21-47 years) found that high intake of dietary calcium (~1,800 mg/day) did not further impair zinc absorption of a high-phytate diet (14). For more information on phytic acid, see Food sources below.

The bioavailability of dietary folate is increased by the action of a zinc-dependent enzyme, suggesting a possible interaction between zinc and folic acid. In the past, some studies found low zinc intake decreased folate absorption, while other studies found folic acid supplementation impaired zinc utilization in individuals with marginal zinc status(5, 6). However, a more recent study reported that supplementation with a relatively high dose of folic acid (800 μg/day) for 25 days did not alter zinc status in a group of students being fed low-zinc diets (3.5 mg/day); level of zinc intake did not impair folate utilization in this study (15).

Zinc and vitamin A interact in several ways. Zinc is a component of retinol-binding protein, a protein necessary for transporting vitamin A in the blood. Zinc is also required for the enzyme that converts retinol (vitamin A) to retinal. This latter form of vitamin A is necessary for the synthesis of rhodopsin, a protein in the eye that absorbs light and thus is involved in dark adaptation. Zinc deficiency is associated with decreased release of vitamin A from the liver, which may contribute to symptoms of night blindness that are seen with zinc deficiency (16, 17).

Currently, there is not a sensitive and specific biomarker to detect zinc deficiency in humans. Low plasma or serumzinc levels are typically used as a biomarker of zinc status in populations and in intervention studies, but measuring blood concentration of zinc has a number of limitations, including lack of sensitivity to detect marginal zinc deficiency, depression in response to inflammation, and diurnal variation (24, 25).

Isolated outbreaks of acute zinc toxicity have occurred as a result of the consumption of food or beverages contaminated with zinc released from galvanized containers. Signs of acute zinc toxicity are abdominal pain, diarrhea, nausea, and vomiting. Single doses of 225 to 450 mg of zinc usually induce vomiting. Milder gastrointestinal distress has been reported at doses of 50 to 150 mg/day of supplemental zinc. Metal fume fever has been reported after the inhalation of zinc oxide fumes. Specifically, profuse sweating, weakness, and rapid breathing may develop within eight hours of zinc oxide inhalation and persist 12-24 hours after exposure is terminated (5, 6).

One thought on “Zinc”