The moment a child becomes a teenager, things start to become extremely baffling. Well, it’s not literally one moment but more like a serious of episodes. With a sudden flow of unexplained emotions, and developments in the physical side (for some and not so for others) – life in general starts to feel almost too heavy to hold. I’m on a pursuit to figure out who it is that I really am or in better terms, who am I destined to be?

If a few years ago someone were to ask me what it felt like to be a “teen” I would mindlessly say that it feels like complete destruction to the mind, body and soul. This might sound like a bit of an exaggeration, but at that time it really wasn’t. Isn’t it funny how grown-up’s ask us how it feels to grow up although they did it themselves? It’s like they forgot. As a child we so eagerly look forward to growing older and living the life of a teenager. On my 10th birthday, I couldn’t wait until I was 13 because apparently the suffix ‘teen’ makes life savvier. At 13, I couldn’t wait to have my sweet sixteen because that’s the night all fairytales come true. And it continued wth something new to hope for every year (major eye role). Along with so much expectation during every birthday, came all the misleading role models. Sadly, I (and everyone else) looked for inspiration in places like television, magazines and celebrities where the teen years are so falsely glamorised. All we’ve seen are the parties they attend, the people they’re allowed to date and the places they get to go unchaperoned. Unfortunately, nobody ever talks about the hellish emotions we tend to feel, the hardships we face alone and the identity crisis that we’re so damn perplexed by. Why the heck aren’t there any tv shows about this? 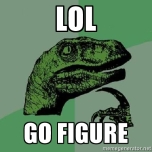 However, if someone were to ask me how I felt about it today, I could only say that even though it is such an overwhelming cycle of life; it is, in fact, the most significant time of your life.

From a young age, I found it difficult to be happy. I don’t know what it is about this generation, but we tend to jump into things sooner than we should. As a result we grow up faster than intended. By the time I was 13, depression seemed to be a trend. It was like if you weren’t posting about the most depressing quotes on social media, you hadn’t experienced life and if you hadn’t experienced life, you were just an immature, sore loser. But I didn’t feel it to gain any kind of social acceptance, I felt depressed because I didn’t know what else to feel. Not only did I not know what else to feel, but it was almost like the feeling had been etched into my heart.  Like I was destined to feel this way. While I wanted verbalise my emotions, I was only reminded that I’m  numb to any other kind of feeling.  I felt cornered into this darkness and no one seemed to be able to penetrate this sadness. The one thought I knew was “nobody will ever understand.” I recall the times I spent lying in bed, blankly staring at the ceiling with the sound of the fan circling above me. The walls felt like they were caving in with no regards to the fact that I was always there, living, breathing, disintegrating. I had lost any kind of will to live a life. I submerged in my own misery. I told myself it wasn’t my fault I felt like this. I was a victim to the unhappiness surrounding me. In a way, I looked at the pain as a physical being living inside of me. At times I thought I could beat the residing pain out of myself and if I did it would release itself. 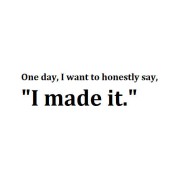 Fortunately, I never went as far as to actually hurting myself. The worst part was not knowing whether this depression would end. I questioned myself if life is meant to be a roller coaster ride. Feeling like I’m on cloud nine one moment and then absolutely nothing at all the next moment. I kept to myself long enough that my heart wilts until it dies out. Skies get greyer, the clock ticking constantly and the only thing that satisfied my insensible soul is sleep.

Depression didn’t bother me as much as being worried bothered me. Worried about being depressed. Scared that I might just be this way forever. This fear of permanent sadness blinded me to the daily joys of life. It made me question and doubt even the smallest moments of happiness. I was scared to be happy because I know it wouldn’t last. And why wouldn’t it last? Didn’t I deserve it? Was depression a part of being an adult? Was this a prerequisite? As if some form of hidden message or lesson were trying to talk to me. BUT WHAT IS IT?! Why are you here depression and what am I supposed to learn from you?!

A constant scream in my brain and a confusion in my heart. If I hadn’t known any better I would have diagnosed myself with a cognitive illness. But looking back at it now, depression was just a part of growing up. It was a silent companion every one had. I don’t mean to lighten the fact. I mean to highlight it. I don’t mean to make it less important. I mean to remind all adult folks that teens need hand holding. I mean to remind everyone who asks me about my teens that it was just as gloomy for a few years like every body else. And it wasn’t the only perplexing milestones in my life. There were so much more…